The lineup of vehicles waiting to get in to the COVID testing site at Skagit County Fairgrounds has extended beyond the entrance of the park, and onto surrounding city streets.

In order to avoid parked vehicles along these neighboring streets, many of the drivers waiting to get into the fairgrounds for testing have had to maneuver around parked vehicles, resulting in blocked travel lanes.

Blocked lanes of travel are more than just a nuisance for drivers wanting to pass through the area; they present an impact to life safety response, and other services to residents.

To alleviate the blocked lanes of travel, the City will restrict street parking on one side of each street where lines are forming outside of the Fairgrounds. Those streets with one-sided parking restrictions will include (also see map):

Cleveland Avenue (northbound side), from Taylor to Blackburn

Cleveland Avenue (southbound side), from Taylor to Hazel

Taylor Street (westbound side), from Cleveland to 2nd

2nd Street (southbound side), from 1619 2nd Street to Taylor

The parking restrictions will remain in effect until queuing for COVID testing no longer impacts the flow of traffic on area streets. 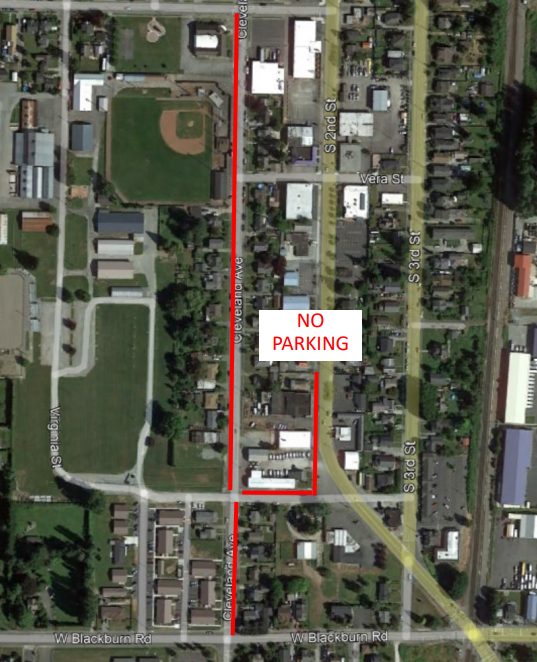