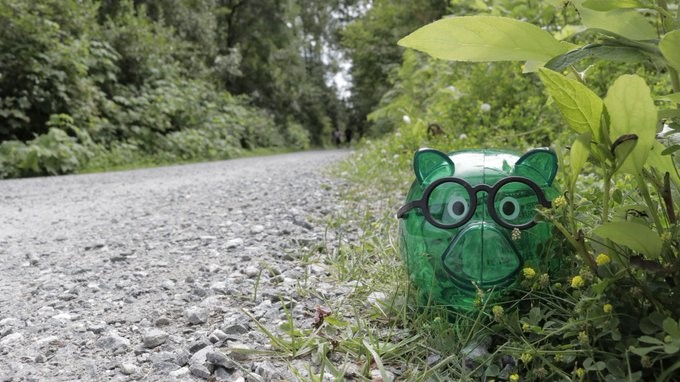 Peoples Bank launched “Pigs in Pictures” today as an updated take on its annual piggy bank treasure hunt. Nearly 500 pigs, each containing $20.00, will be hidden throughout the Bank’s footprint in Chelan, Island, King, Skagit, Snohomish, and Whatcom counties from July 18 to August 1. People who find the pigs are encouraged to spend the money at their favorite local business. Uploading a picture with the pig at www.peoplesbank-wa.com/pigs also earns finders a chance to win a $1,000 grand prize.

Most pigs will be hidden within a one-mile radius of Peoples Bank’s 23 branch locations. New this year, real-time clues about the location of the hidden pigs will be provided throughout the two-week promotion from Peoples Bank’s Twitter account, @peoplesbank_wa.

“Our ‘Pigs in Pictures’ promotion is a fun and engaging way to spread financial awareness while encouraging people to explore their local communities and support their amazing local businesses,” said Kamyar Monsef, Chief Retail Banking Officer at Peoples Bank. “We hope people who find a pig will use the cash to support their favorite local business or discover a new one.”

With nearly 500 chances to win, the promotion aims to bring local communities together, especially as people and businesses continue to recover from the pandemic.

According to the Small Business Credit Survey (SBCS), small businesses still face a difficult recovery, with nearly 80% of small businesses reporting continued negative effects and 63% reporting a reduction in revenue compared to 2019.